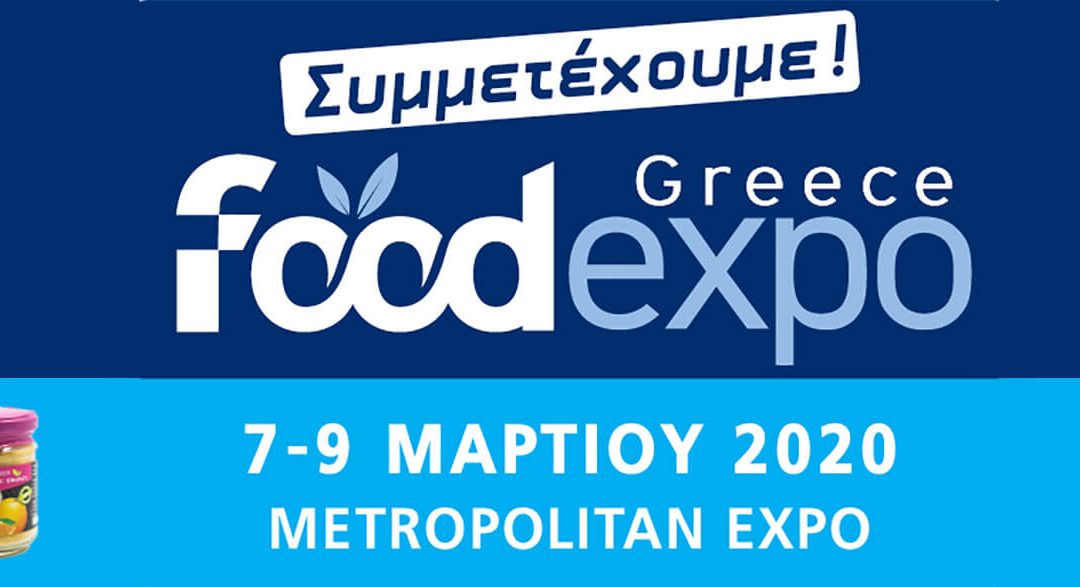 For third time the 4G – Greek Gaia’s Global Gate participating in FOOD EXPO GREECE is the leading Food & Beverage trade show in Southeast Europe and one of the most significant of its kind in the world!. The dried world wil be in HALL 3 // E36 with food tasting.

Featuring 1,350 Greek and international exhibitors, 50,000m2 of exhibition space and approximately 5,000 key international food traders, FOOD EXPO will once again consolidate its reputation as the leading Food & Beverage trade show in Southeast Europe and one of the most significant of its kind in the world! FOOD EXPO 2019 will become the meeting point for more than 70,000 professionals from the organized retail, wholesale as well as the foodservice sector.

With the numbers of exhibitors (approximately 290% since its first iteration in 2014) and trade visitors (about 300%) skyrocketing with each passing year, FOOD EXPO 2019 will once again be filled with great energy, top buyers, and, of course, fabulous foodstuff. The show will take place March 16-18, 2019, at the Metropolitan Expo in Athens, Greece. Approximately 1,350 companies will be presenting the broad spectrum of products, fields of application and services on an exhibition space spanning 50,000 m², while buyers from top names in retail and foodservice will be out in force in search of new products, new trends, new vendors, and new connections to help meet record consumer demand for Greek, Mediterranean and specialty foods, in general.

FOOD EXPO 2019 is expected to hold significant attraction for more than 5,000 international buyers, confirming once again its international profile. In addition, approximately 900 of those food traders will be part of the show’s Hosted Buyer Program that brings qualified key buyers and sellers together with a high likelihood to book real business with each other through pre-arranged face-to-face B2B meetings during the course of the show.

The fastest growing trade show in the world!

No other exhibition in Greece or the world for that matter, has attained the size, reputation and commercial efficiency that FOOD EXPO has achieved in such a short time. It only took 5 years since its very first iteration to consolidate its reputation as the largest international Food & Beverage trade show ever organized in Greece and the most significant of its kind in Southeast Europe. As always, FOOD EXPO 2019 will be the central platform for the international food industry interested in Mediterranean products.

The unprecedented success achieved year after year by FOOD EXPO, its continued upward progress, as well as the massive increase in its numbers, only strengthen its reputation and international appeal. As a result, FOOD EXPO covers the needs of the Greek market, while at the same time fully responds to the export orientation of Greek manufacturing enterprises in the sector.